How Alcohol Can Impact Your Blood Pressure

What You Can Do About it

Let’s start off with the simple question of why do you get high blood pressure from drinking alcohol? The truth is that alcohol can impact your health in several ways. Heavy drinking is often associated with negative health impacts.

What we know is that heavy drinking can lead to elevated blood pressure. For those who struggle with binge drinking are at a higher risk for long term concerns with their blood pressure.

There are other factors that can contribute to high blood pressure to be aware of besides drinking alcohol. These would include having an unbalanced diet, being overweight or obese, lack of physical exercise, having diabetes, smoking tobacco products and use of other drugs.

There are two numbers associated with blood pressure.

· Systolic Pressure (the upper number): When blood is pumped out of your heart and into your arteries

· Diastolic Pressure (the lower number): The force created while our hearts rest in between beats

Now that you have a basic understanding of what blood pressure looks at, let’s look at what is considered normal, elevated and high blood pressure.

It is important to note that if you have a blood pressure that falls into the hypertensive crisis category, seek medical attention immediately. 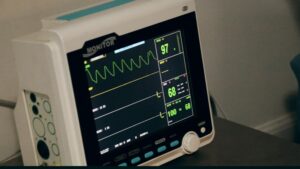 What Are Some of The Health Consequences of Having High Blood Pressure?

The first concern with high blood pressure, is that it puts more pressure on your heart to work harder to maintain the higher rate. After time, this pressure can damage your heart and make it less effective.

High blood pressure is also known to damage the arteries that your blood pumps through. This can lead to small tears and other damages.

Another potential impact would be having an enlarged heart which would then make it unable to pump blood as our bodies require. You are also at a higher risk for having a heart attack if you have high blood pressure.

High Blood Pressure can lead to vision loss as a result of straining our eyes.

Kidney disease and/or failure can occur as a result of damage to the arteries around our kidneys. Your kidneys would then not be able to filter blood as they usually would.

As you can see, many of the consequences of high blood pressure are connected. This should highlight the importance of monitoring your blood pressure and working with your doctor to improve it if it is elevated. 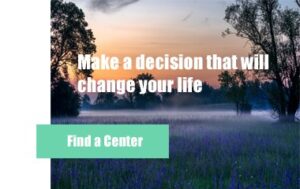 How Can Alcohol Impact Your Blood Pressure?

It is important to note that there will be differences between the impact caused by occasional drinking and heavy or binge drinking.

For someone who is an occasional drinker, having one standard drink will raise their blood pressure temporarily. This usually lasts around 2 hours, and then returns to your bodies’ normal pressure. Long term effects are not likely.

What we have learned from studies looking at blood pressure and drinking is that individuals who are heavy drinkers or binge drinkers, often have an elevated rate for a longer period of time. For some, this can become their usual rate.

Binge drinking specifically is known to increase a person’s risk of developing a condition where their arteries harden.

Can You Drink Alcohol Without Having a Negative Impact on Blood Pressure?

As with many health concerns, if you know that you have health consequences that are the result of drinking, your doctor will likely recommend that you decrease and/or stop drinking all together.

It is important to note that if you are a heavy drinker, stopping all at once can be dangerous for your health. Alcohol withdrawal can lead to serious health consequences including seizures and death. As a result, any detoxing for heavy drinkers should be monitored by a health professional.

High blood pressure is known to occur during alcohol withdrawal which is an additional reason to seek out medical supervision.

However, if you do not fall into the heavy drinker or binge drinker category, how can you lessen your risk for high blood pressure associated with drinking?

According to the American Heart Association, limiting your alcohol consumption would lower your risk of high blood pressure. This would be 1 drink per day for women, and 2 drinks per day for men.

Another recommendation from the American Heart Association is to avoid daily drinking, and give yourself sober days during the week. If you choose to stop drinking all together, you can work towards lowering your blood pressure.

An easy approach to take with lowering your blood pressure is to look at the factors mentioned in the beginning of the article.

Can you make healthy changes to your diet, exercise routine and use of tobacco and/or other substances? These are smaller changes that can have a significant impact on your health.

While there are many factors that contribute to an elevated blood pressure, it can be hard to narrow down which factor is having the biggest impact for you. If you address the factors mentioned above, you would likely observe other health benefits as well.

For some individuals, being monitored by your health professional would be recommended. Your doctor can work with you to identify changes you can make to your life style as well as recommend any medications that would help control your blood pressure.

As previously mentioned, high blood pressure is known as a silent killer. This is why it is important to be honest with your doctor about your drinking behaviors and any concerns you may have.

If you find yourself struggling to cut down or stop drinking, know that there are resources available to you that can help. Your doctor can help point you in the right direction and the internet can help you find Alcoholic Anonymous and other support groups in your area. There is no shame in asking for help, contact a treatment provider to help you determine the best alcoholism treatment for you.