If you’ve decided to give up alcohol as a previously dependent drinker, you’ll find yourself moving through various stages of recovery. These stages of recovery are always going to be individual especially day 3 No Alcohol, but broadly speaking we can make some assumptions about what we expect to happen and when, from the first day of sobriety, all the way to the first year. 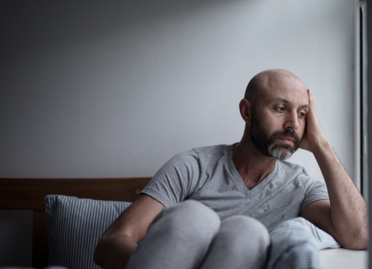 Before we delve into the timeline though, it is important to keep in mind that if you drink alcohol to excess and suddenly stop, you should expect withdrawal symptoms to start within a few hours or a few days.

Your alcohol detox symptoms may merely be uncomfortable if you haven’t had a drinking problem for long, but if you’ve misused alcohol for years, these symptoms may be severe and even life-threatening.

As such, anyone who has been a heavy or dependent drinker should seek medical support and advice before they quit drinking due to the potentially dangerous outcomes that come with going cold turkey.

However, no one should be scared of giving up drinking due to this.

The right help for you is out there, whether you’re on day 3 no alcohol, or year 3, and it starts with first understanding alcohol in relation to substance abuse, so you can fully know how the substance affects your body and mind.

What Is Substance Abuse?

When we talk about substance abuse and misuse, substances refer to alcohol and other drugs that can have a mood-altering effect. People use these substances for multiple reasons – to relax, have fun, dull emotional or physical pain, or to get away from problems or difficulties experienced in life. The misuse of substances may lead to a dependence on the substance to cope in certain situations.

“The use of substances to reduce emotional or physical pain is considered abuse.” 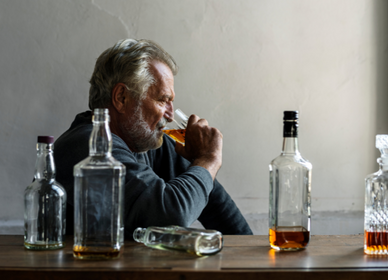 The use of substances to reduce emotional or physical pain or to get away from problems may be effective in the short term, however, may have serious long-term consequences on health and wellbeing.

When substances are used in this context, they are said to be abused, and as such comes the concept of substance abuse.

If you believe that your attitude towards substances is becoming abusive, then the best thing to do is seek professional health and abstain from alcohol.

Whether you’re on day 3 no alcohol, or year 3, being substance free will always be better for you in the long run.

What makes substance abuse dangerous is that some substances are highly addictive. When a substance is addictive, it means that you often need more of the substance to experience the same effects, bringing cravings and urges to use the substance and symptoms of withdrawal when not using the substance. This leads to a flow on effect that can result in a level of substance use that puts the user in physical harm. 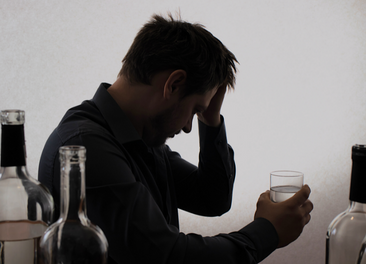 When a substance abuser is on the come down from their drug of choice, they can go into what is known as a state of withdrawal. Withdrawal refers to changes the body goes through when you cut back or stop using alcohol, drugs or other substances, with most severe withdrawal symptoms including irritability, fatigue, mood changes, aches, and pains, cravings and insomnia.

The experience of withdrawal may differ for people depending on the individual person, type of substance and how long it was used for.

Whether you’re on day 3 no alcohol, or year 3, being substance free will always be better for you in the long run, however it is important to be aware that suddenly stopping the use of alcohol and other drugs can be dangerous and cause harm.

What Happens When You Stop Drinking

Now that we understand substance abuse and withdrawal, the next step is to understand exactly how alcohol withdrawal symptoms manifest, and what signs to look for during the sobering process. It’s important to remember that everyone’s body will respond differently to giving up alcohol – one person’s day 3 no alcohol will be different to someone else’s’ – so any timeline should only be used as a guide to establish what might happen to your body when you stop drinking.

For most drinkers’ withdrawal symptoms are likely to begin within the first 24 hours of stopping drinking. Depending on the individual and how often alcohol is consumed, they might start from as little as two hours after their last drink. Early symptoms will be usually mild, including things like anxiety, hand tremors and shakes, sweating and headaches.

As time goes on, alcohol cravings will grow, and a feeling of fatigue and depression could begin. Depending on the level of alcohol addiction a person is suffering from, this time period could also be around where physical withdrawal symptoms could begin to manifest.

For example, if you were to drink alcohol every night, the withdrawal symptoms may be more severe than someone who only drinks on weekends due to your increased alcohol consumption. 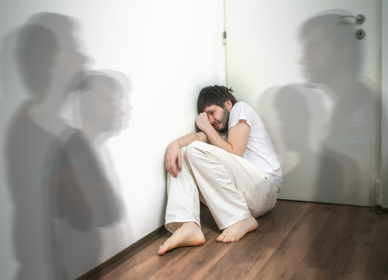 For some, more serious withdrawal symptoms will begin or continue to develop after 12-24 hours. Depending on a person’s alcohol dependence levels, this period of time could include a continuation of previous symptoms, a worsening of previous symptoms or even development of new symptoms.

In rare and highly severe cases, an alcoholic might begin to develop delirium tremens (DTs) during this period. When DT occurs, it is often 2 or 3 days no alcohol and into the withdrawal symptoms and lasts for 2 to 3 days. Symptoms could include seizures, hallucinations and a significant increase in heart rate and blood pressure.

This is a dangerous period for anyone who has stopped drinking and is experiencing withdrawal, so if you believe you or someone you care about is undergoing this illness, then seek medical attention immediately.

For the majority of drinkers, the severe symptoms of withdrawal will begin to subside at this point, allowing you to function more normally and manage any remaining symptoms which can range from headaches to stomach pain. However, for those suffering from symptoms of DTs, their withdrawal process may continue for some time, with a feeling of disorientation and delusion accompanying other severe withdrawal symptoms like a heavy fever and high blood pressure.

What Happens As I Get Sober?

“The higher a person’s blood alcohol concentration, the more severe the effects of alcohol are.” 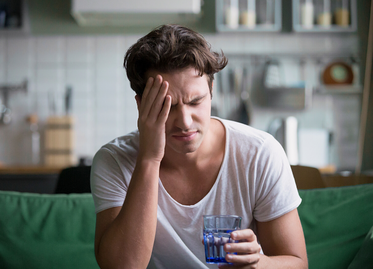 Sobering up is essentially the process of the body absorbing, digesting and processing alcohol to eventually excrete it from its system.

This majority of this process occurs in the liver where an enzyme called alcohol dehydrogenase breaks down alcohol at a rate of about one standard drink per hour.

If you are drinking faster than one standard drink per hour, the liver is unable to keep up and alcohol will remain in your bloodstream, causing intoxication.

The higher a person’s blood alcohol concentration, the more severe the effects of alcohol are and the longer it will take for their body to process all the alcohol they’ve consumed.

How Long Does It Take To Process Alcohol?

“If you have damage to your liver, then lifelong abstinence is recommended.”

The speed that alcohol is broken down is influenced by gender, weight, age, and the amount of food you’ve eaten. When you drink alcohol, it is absorbed into the bloodstream through the lining of the stomach and small intestines, and is then carried in the blood throughout the body to the brain. This process occurs as quickly as 30 seconds to 20 minutes, but having food in your stomach will slow down the absorption process. 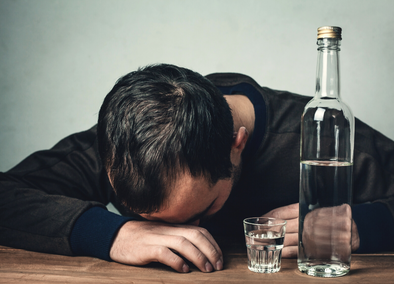 When someone drinks large amounts of alcohol in a short period of time, they may experience alcohol poisoning. This occurs when the liver is overwhelmed and the alcohol levels in your bloodstream rise to dangerous levels.

According to the various medical sources, the liver is very resilient and is capable of regenerating itself, and yet a portion of your liver cells die each time your liver has to process alcohol. The liver can regenerate cells, but chronic heavy drinking can result in damage to the liver that becomes permanent.

If you have damage to your liver, then lifelong abstinence is recommended, because not drinking alcohol is the only way to prevent your liver damage from getting worse. Blood tests and liver function tests can help determine if your liver is healing.

If you were experiencing any symptoms of liver disease from your drinking, then you may see these symptoms begin to dissipate within a few weeks after quitting drinking. However, depending on the severity of the damage, healing could take longer.

How Long Does It Take To Recover From Alcohol Abuse?

According to the American Addiction Center and the National Institutes of Health, heavy drinking causes damage to various neurons in all areas of the brain and inhibits the functioning of almost every process in the brain. Luckily, just like the liver, most people can see partial correction of this damage within a few months to a year depending on how much they drank and for how long. Similarly, any damage to the cardiovascular system will generally resolve within a few months to a year of abstinence.

“The liver damage done by cirrhosis generally can’t be undone” 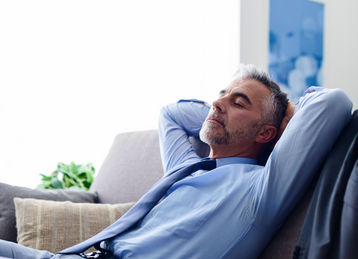 In terms of the liver, it will begin to heal when you stop drinking assuming the damage has not progressed to cirrhosis. Cirrhosis is a late stage of scarring of the liver caused by many forms of liver diseases and conditions, most often alcoholism.

Each time your liver is injured, whether by disease, excessive alcohol consumption or another cause, it tries to repair itself and, in the process, scar tissue forms.

As cirrhosis progresses, more and more scar tissue form, making it difficult for the liver to function. This makes advanced cirrhosis is life-threatening as the liver begins to shut down. The liver damage done by cirrhosis generally can’t be undone, but if liver cirrhosis is diagnosed early and the cause is treated, further damage can be limited and, in some very rare and lucky cases, reversed.

Whether you’re on day 3 no alcohol, or year 3, being substance free will always be better for you in the long run, so if you believe that you might need to reconsider your relationship to alcohol, seek professional help from one of our treatment specialists on 877 322 2694.