Does Alcohol Make You Gain Weight?

An age-old question that most of us would like to ignore, does alcohol make you gain weight?  Well the answer yes, due to many factors though alcohol intake and weight gain are two topics that are closely linked but rarely acknowledge. Sadly, for all drinkers, alcohol can indeed make you gain weight. This has been proven scientifically through numerous studies focusing on numerous areas influenced by drinking alcohol, all of which confirm that alcohol intake can lead to weight gain through multiple routes.

However, this weight gain isn’t exactly similar how it is often portrayed in media and society at large. While you might have heard of terms like a ‘beer belly’ and ‘wine belly’, weight gain through alcohol is often more complicated than a simple pound by pound weight increase. So, how does alcohol make you gain weight?

Why Does Alcohol Consumption Lead to Weight Gain?

Alcohol Is High In Calories 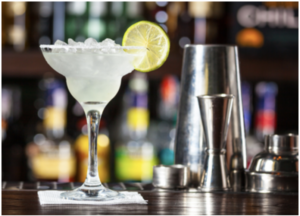 This is made even worse when you introduce mixers into the equation. If you’re mixing your alcohol with mixers like juices, soda, syrups, cream, whipped cream, or coconut milk, the calories in an alcoholic beverage can sky rocket. Because of this, a large number of cocktails are actually very high in calories.

For example, some margaritas, daiquiris, and pina coladas can be very high in added sugar and saturated fat, which is made worse by alcohol’s large calorie count.

If you’re asking yourself does alcohol make you gain weight then you might want to avoid these calorie traps or if you’re trying to lose weight then your best option would be to change your drink of choice to one of several lower-calorie options. Such low-calorie options include beers with a lower ABV, like Pilsners or Lagers which are around 100 calories per bottle, compared to 150 calories in a “regular” beer, and dry red or white wine which are around 120 calories per 5-ounce glass.

If beer and wine don’t get your taste buds going, spirits mixed with water or soda water can also be a lower-calorie option, like vodka and soda, which has about 100 calories per standard 7.5-ounce glass. Of course, if you want to avoid calories the best option would be to reduce any excessive alcohol consumption or moderate alcohol consumption to zero, and stick to low-to- no calorie, alcohol free, alternatives. 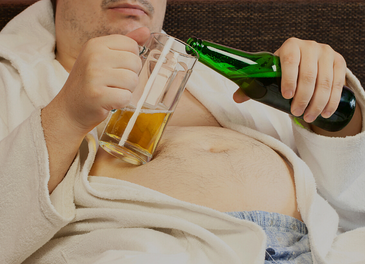 What’s even worse about alcohol however, when compared to other high calorie substances is that it conthttps://www.the-alcoholism-guide.org/discovering-the-history-of-alcoholics-anonymous/aains what are known as “empty calories”. “Empty calories” are used in relation to alcohol mean calories that your body can from alcohol to energy, but contain little to no beneficial nutrients or minerals.

This is because alcohol isn’t treated like other nutrients in food; in fact, the digestive system works extra hard to eliminate it from the body, prioritizing the elimination of alcohol ahead of all other nutrients. This means that if you were to have a meal with your alcoholic beverage, the nutrient uptake from the meal would be greatly decreased due to the body working so hard to eliminate the alcohol from the body.

Typically, carbohydrates are the body’s first choice to digest for energy from food, but that completely changes when alcohol is consumed. What happens in, the body recognizes alcohol as toxic and shuts down its ability to access all other stored macronutrients—carbs, proteins, and fat—in order to utilize and burn off the alcohol first. This means that the main effect of alcohol in regards to digestion, is to reduce the amount of fat your body can burn for energy, effectively shutting down your metabolism, which can then lead you straight the question, does alcohol make you gain weight, the answer is of course yes. 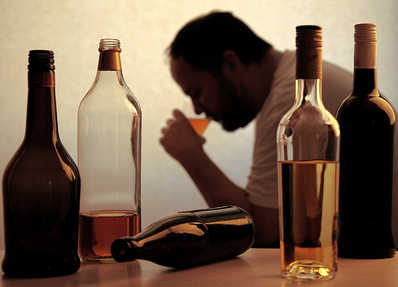 Another factor that influences a persons’ body weight is their hormonal balance. Hormones play a crucial role in the healthy functioning of the body’s tissues and organs. Does alcohol make you gain weight and disrupt your hormones? Yes, drinking alcohol can impair the functions of the glands that release hormones and the functions of the tissues targeted by those hormones, which can result in a range of health issues.

More specifically, alcohol consumption causes increased levels of the hormone cortisol, which has been linked to weight gain.

According to a 2013 review published in Endocrinology and Metabolism Clinics of North America, long-term, excessive alcohol intake can cause hormone changes that disrupt thyroid function, immunity, and bone health to name a few.

While there is no black and white answer to exactly how much alcohol causes these changes as everyone is unique in how their bodies react to and break down alcohol, it is still a risk factor that those worried about weight gain should take into account.

While it’s not unusual for people to use alcoholic beverages as a sleep aid, alcohol might actually have negative effects on sleep quality and duration. The general public view on sleep and alcohol is that, since alcohol has sedative effects that can induce feelings of relaxation and sleepiness, it can help an individual unwind and get settled for bed. However, there have been numerous studies that show alcohol intake severely disrupts the quality and quantity of healthy sleep, with some heavy drinkers even developing insomnia.

So, we are now asking does alcohol make you gain weight and negatively affect your sleep? Yes, this can be an issue when it comes to burning fat and overall weight loss as sleep deprivation has been found to have a strong link to weight gain over time. According to a small 2016 study published in Sleep, during the sleep-deprived phase of the study, participants consumed more food and found it harder to resist tempting snacks, making weight loss much more difficult.

Does alcohol make you gain weight by triggering hunger cues? 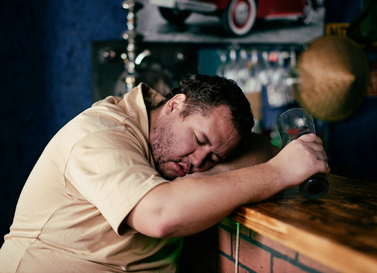 Yes, it isn’t just through sleep deprivation that alcohol can cause an increased appetite. Alcohol is known to cause drops in blood sugar which can trigger hunger cues and sometimes cravings for carbohydrate-rich foods. Researchers have also found that alcohol affects an area of the brain that controls appetite and this can cause intense hunger, especially the day after drinking, making resisting food more difficult.

There’s also evidence that alcohol can influence hormones linked to feeling full, such as leptin, a hormone that suppresses appetite. The end result is eating more food than usual because signals to stop eating are blunted by alcohol. This is paired with the fact that alcohol lowers inhibitions, meaning many people reach for foods that they’d normally avoid, such as those high in fat or sodium which are typically resisted due to their blatant lack of healthiness.  Reach out for help with us today and talk to one of our treatment specialist on our 24/7 free call number, 877 322  3694.