How Long Does A Hangover Last?

Hangovers are a very negative outcome of drinking that can impact the day after a night out, and will no doubt have you asking things like, ‘when will this end?, how long does a hangover last?” The problems with hangovers, and the most common effects from drinking, are the duration and intensity, which vary greatly. It is dependent on a variety of factors that revolve around how an individual’s body processes alcohol.

However, those looking for a quick and easy answer can rest assured in the knowledge that a hangover generally lasts for about 14 to 23 hours, according to most research. While there are outliers which document hangovers lasting up to about the 72-hour mark, it’s safe to say that, on average, a hangover should end about 12 hours after the drinking stops.

If you want a specific answer for your situation though, it’s important to understand and educate yourself on what a hangover is, what influences the outcomes of drinking too much alcohol, and how your body handles excessive alcohol consumption. 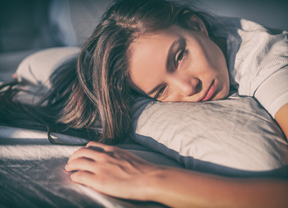 To start with, it’s important to have a grasp on what exactly a hangover is. Hangovers begin after blood alcohol levels start to fall from a high level which inhibits efficient processing of alcohol in the liver.

Physiologically, there are a wide variety of symptoms of a hangover with diarrhea, fatigue, headache, nausea, and shaking being the classic few.

The key ingredient to hangovers is “drinking to intoxication”, as getting to this point will often result in a hangover, regardless of how much you drank to get there. In fact, several studies suggest that light and moderate drinkers are more vulnerable to getting a hangover than heavy drinkers.

Yet there’s also seemingly contradictory research showing that people with a family history of alcoholism have worse hangovers. Researchers say some people may end up with drinking problems because they drink to relieve hangover symptoms. Regardless of their severity, there are definite causes of hangover that have been proven scientifically to affect the body negatively. 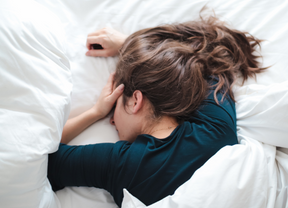 Alcohol suppresses the release of vasopressin, a hormone produced by the brain that sends signals to the kidneys causing them to retain fluid. As a result, alcohol increases urination and excess loss of fluids, making it a type of substance known as diuretic.

The mild dehydration that results likely contributes to hangover symptoms such as thirst, fatigue, and a headache. If you’re an athlete or are experiencing stressed muscles, this dehydration can also lead to cramps and muscle aches as your body fails to get the nutrients it needs for recovery.

As discussed previously, alcohol scrambles the hormones that regulate our biological clocks. While people may fall asleep faster after drinking alcohol, their sleep will most likely be fragmented, and they tend to wake up earlier. This contributes to fatigue, lost productivity, and a general feeling of illness.

Another cause that leads to unpleasant symptoms, alcohol is known to directly irritate the lining of the stomach, increasing acid release and causing stomach pain. This can lead to nausea, diarrhea and other stomach related issues.

When alcohol is metabolized by the liver a compound known as acetaldehyde is created. The compound, a toxic, short-lived by product, contributes to inflammation in the liver, pancreas, brain, gastrointestinal tract, and other organs, and can be poisonous in large quantities, making it one of the leading problems associated with alcohol poisoning. 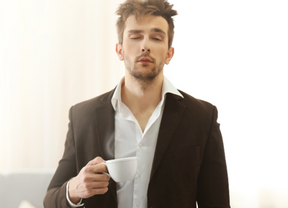 While drinking alcoholic beverages, individuals may feel calmer, more relaxed, and even euphoric. However, the brain quickly adjusts to those positive effects as it tries to maintain balance and as a result, when the buzz wears off, people can feel more restless and anxious than before they drank.

This can lead to alcohol dependency, and ultimately withdrawal if the brain has adapted to functioning with alcohol present. Withdrawal from alcohol is a serious issue and can affect anyone who has decided to drink alcohol regularly.

“Hydration is key when thinking – How long does a hangover last?”

How Can I Treat A Hangover?

Online, in magazines, and even in conversation, you can find countless claims of hangover cures and magical home remedies that can treat all your alcohol related problems. The issue with these ‘cures’ is that more often than not, they’re not at all based on science, with some even being quite dangerous. For example, drinking more alcohol after a night out, known as taking the “hair of the dog”, will not cure a hangover. More alcohol just increases the toxicity of the alcohol already in your body and will instead just extend whatever hangover you are already suffering from.

Despite this, there are things that you can do to help yourself asking how long does a hangover last and recover from a hangover safely, and effectively. While these aren’t exactly cures, they’re definitely the best courses of action if you’re suffering from a hangover:

How Can I Prevent A Hangover?

Just like curing a hangover, there is no miracle drug that you can take to prevent a hangover before you start drinking. Instead, if you want to enjoy a drink without unpleasant hangover symptoms, you need to take a series of simple, but sensible tips to give your body the best chance to handle your alcohol consumption so your not constantly asking how long does a hangover last?: 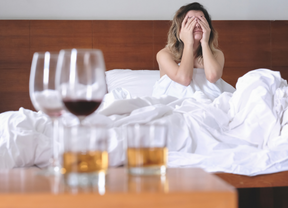 Self-explanatory but still the most effective option, hangover symptoms are less likely if you drink small amounts of alcohol. Drinking less than the amount it takes to make you feel intoxicated will guarantee a hangover free morning.

That way you are physically aware that you’re not overloading your liver and are instead giving your body a chance to process the alcohol. Even if you do become intoxicated, drinking less can make hangover symptoms less severe.

So, if you’re intoxicated and wary of a hangover in the morning, then it’s best to call it an early night.

Another strategy is to drink slowly. Drinking slowly gives your liver the best chance it can get to process the alcohol in your system and keeps you from inflicting too much harm on your body. In fact, drinking slowly is doubly as effective, if you’re having carbonated beverages containing alcohol such as champagne. This is because the carbon dioxide from the bubbles can speed the rate of alcohol absorption in the bloodstream and compete with oxygen absorption, causing harm to your body and making you become intoxicated faster than you would otherwise.

If you’re planning on having a big night, then eating beforehand is always a good idea, because food helps slow the absorption of alcohol in the body. As such, it’s best to eat before drinking as a heavier meal can offset alcohol’s effects on your body. Even adding cola, ginger ale, fruit juice or punch to your drink can help slow absorption. 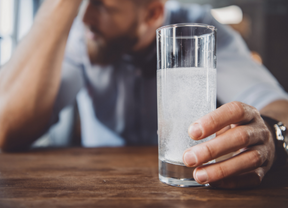 Of course, nothing works better when it comes to preventing hangovers than drinking water throughout the night. An age-old strategy that still rings true is to alternate beverages containing alcohol with plain water.

While you might find yourself needing to go the bathroom more often than usual, the water will help prevent dehydration and stave off the worst effects of a hangover. While doing so, keeping your body as healthy as it can be while under the influence of alcohol.

If you or anyone you know is experiencing alcohol abuse, call our treatment specialists today on our 24/7 free call number 877 322 2694