If you wake up after a night of drinking with a dull throbbing sensation in your upper abdomen, accompanied by swelling and pain that travels up the back or in the right shoulder blade, then you may in fact be experiencing liver pain. This liver pain can even get as bad as feeling closer to a harsh stabbing sensation, and can be very concerning for those who suffer from it – but what exactly is it?

As the liver isn’t often a cause of pain, if your liver hurts after drinking it might be a sign that something is happening in the body that needs a closer inspection. To understand what is happening in your body, the first step is to learn about the role of the liver in thee body and what drinking does to affect it in the short and the long term.

The Role Of The Liver 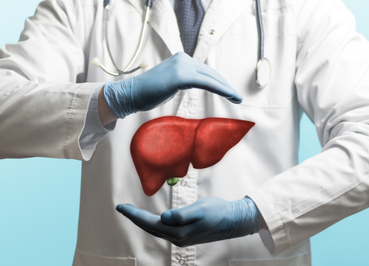 The liver is a very important organ for the functioning of your body, with its primary purpose being to filter blood coming from the digestive tract before passing it to other areas of the body.

This helps you create proteins that are vital for blood clotting and other functions, process nutrients, fats, and proteins, and also remove harmful substances from the body. One such substance is alcohol.

When a person ingests alcohol, the liver begins to process the toxic chemicals that accompany it, however, the liver can only process a certain amount of alcohol at a time.

When someone has too much to drink, the alcohol left unprocessed by the liver circulates through the bloodstream.

The alcohol in the blood starts affecting the heart and brain, which is how people become intoxicated. While this is somewhat harmless in one-off circumstances, chronic alcohol abuse can causes the destruction of liver cells, which results in scarring of the liver, alcoholic hepatitis, and cellular mutation that may lead to liver diseases.

Why Your Liver Hurts After Drinking

As previously established, binge drinking or drinking too much alcohol strains the liver, and so when a person’s liver hurts after drinking it can be due to the burden placed on the organ from excessive alcohol consumption. This burdening can lead to the development of a fatty liver or liver inflammation, all of which cause liver pain receptors to activate, creating abdominal pain and tenderness.

“Chronic alcohol abuse can causes the destruction of liver cells, which results in scarring of the liver.” 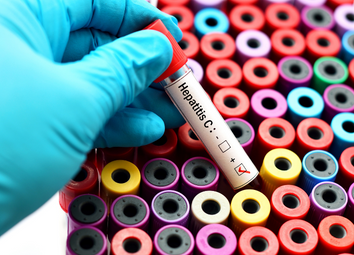 Another possible explanation for why someone’s liver hurts after drinking, hepatitis is a condition that can cause liver inflammation. There are five strains of hepatitis (A, B, C, D, and E), each caused by a different virus. Hepatitis B and C are blood-borne infections, while Hepatitis D co-exists with Hepatitis B.

Most people develop hepatitis from a viral infection but it can also be caused by autoimmune problems, as well as exposure to certain medications or toxins.

One such toxin is alcohol. If you have consumed alcohol and are suffering from upper abdominal pain, then keep an eye out for other signs of hepatitis, which include dark colored urine, yellow skin or eyes, tiredness, nausea and vomiting.

“Most people develop hepatitis from a viral infection, can also be caused by autoimmune problems.”

Liver damage is a term that includes a variety of issues that might arise with the liver, from fatty livers, to underperforming livers, all of which are collected under the blanket term of liver damage. When the liver is more than 75 percent damaged, there will be a noticeable decrease in function. While damaged livers are unable to perform their designated functions, in most cases, early symptoms of mild liver damage are unnoticeable. If your liver hurts after drinking this may be a sign of liver damage, and as such should be treated seriously and taken to a doctor for a professional opinion.

A progressive condition that arises after years of heavy drinking, many cases of liver damage are linked to alcohol consumption. In fact, estimates show about 10 to 15 percent of Americans who drink heavily will develop alcohol liver disease, which will eventually lead to cirrhosis of the liver if left untreated. Fatty Liver Disease is one of the earliest stages of alcohol-related liver disease, and it occurs when fat builds up in liver cells. In its earliest stages, it causes only mild-to-moderate pain but should be taken to a health care professional, regardless. 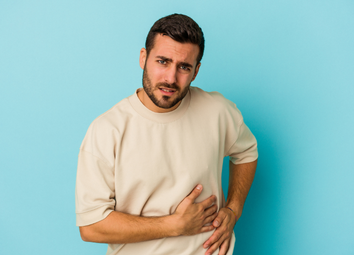 An irreversible condition Cirrhosis negatively impacts liver function, and studies show that approximately 10 percent of heavy drinkers are at risk for cirrhosis.

Pain tends to be moderate to severe at this stage and increases after someone consumes alcohol, so if you find that when your liver hurts after drinking, the pain becomes more severe the more you drink, then this is a possible explanation that should be treated as soon as possible.

With all this talk of alcohol consumption, it might come as a surprise that excessive alcohol consumption isn’t the only cause of fatty liver disease. Non-alcoholic fatty liver disease is a term that covers a range of problems that deal with fat in the liver due to reasons that are not linked to drinking alcohol. These types of diseases affect about 30 percent of adults in developed countries, and most of those affected are diabetic and/or obese.

In its earliest stages, Non-alcoholic Fatty Liver Disease is often reversible but if left untreated, it will eventually lead to liver inflammation or steatohepatitis. Over time, this can cause cirrhosis and negatively affects liver function. More often than not Non-alcoholic Fatty Liver Disease symptoms are mild and usually include fatigue and pain or discomfort in the upper right abdomen, so if your liver hurts after drinking, this could be a possible cause.

As these forms of disease progress, symptoms can include fluid build-up in the abdomen that causes swelling, an enlarged spleen, enlarged blood vessels near the skin’s surface, jaundice and red palms. Nobody is sure exactly what causes NAFLD, but medical experts believe it is linked to a combination of, obesity, insulin resistance, high blood sugar and high levels of fat in the blood.

“Severe forms of alcoholism should be addressed in a long-term rehab.” 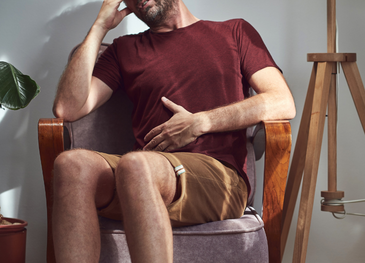 To begin with, the most important thing to do is to consult your doctor concerning the pain if you find that your liver hurts after drinking.

Your doctor will conduct a blood test or liver biopsy by inserting a small needle into the liver to collect a sample, both of which are tests that will determine exactly what is malfunctioning in your body, and get you on track for treatment.

More often that not, the most effective treatment for a liver that is painful after drinking alcohol is to quit the habit. Studies show that abstaining from alcohol can help an individual recover from early-stage alcohol-related liver complications. Some lifestyle changes, like eating healthy and exercising also help treat liver pain.

Foods such as refined carbohydrates , too much sugar, and salt are not good for the liver. Make sure to eat high-fiber foods, water, and fruit juices such as carrot or papaya juice. It is also advisable to sit up straight in order to relieve your liver from pressure, which helps ease the pain. 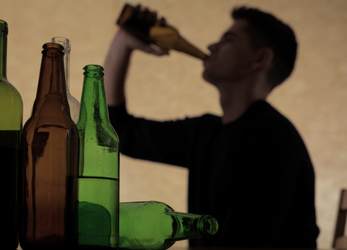 If you struggle to reduce or discontinue your use of alcohol despite wanting to reduce your risk of liver cancer, alcoholic cirrhosis, and other issues, you may be suffering from an alcohol use disorder, known as alcoholism.

Alcoholism is a chronic disease that has no known cure, but it can be effectively treated using an integrated approach and evidence-based therapies.

To find support for alcoholism and learn more about the disease, explore The Alcoholism Guide and contact a medical professional today on our 24/7 free helpline 866 322 2694, to find the help that you require.