Who doesn’t love vodka? Strong, odorless and above all, easy to drink, vodka is undeniably one of, if not the, most popular spirits in the world. A distilled spirit commonly made from grains or potatoes, the clear liquor is famously from Russia and Poland, but today it’s made all over the world.

With so many vodka brands across the world creating, iterating, and evolving the vodka brand, the drink has seen a resurgence in popularity in the past few decades, solidifying itself as one of the biggest and best liquors. This competition has also resulted in different brands attempting to one up each other, creating a range of truly strong vodkas for those brave few who are willing to drink them. So, what is the strongest vodka commercially available?

Before we dive into the strongest vodka, it’s first important to have a proper understanding of what vodka is and how it’s made. Like all spirits, there are a number of different types of vodka, each with different attributes that will appeal to different audiences, based on taste. Generally, the strongest vodka with the best flavor is usually the winner! Vodka can be divided into one of these four different categories: 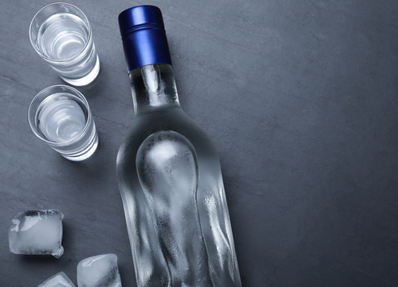 Plain vodka is the type of vodka with the highest alcohol content, essentially the strongest vodka, and is the perfect base drink for other cocktails. With little to no taste when enjoyed on its own. However, the little taste that is identifiable can vary, depending on what type of grain was used to make it and how the fermentation process was conducted.

If the quality and smoothness of the vodka are up to par, plain vodka can be the perfect standalone drink without any mixers needed, with some of the best vodka brands boasting plain vodka as their flagship product.

On the flip side, if cheap vodka brands such as Skyy Vodka are known to identify with one type of vodka, plain would be it, as cheap vodka can hide its lack of quality in the drink’s lack of flavor, still holding the strongest vodka trophy.

Some types of vodka come infused, usually with fruit or certain types of herbs to add to the flavor of the drink when neat, as well as increase its versatility when mixed. Producing an infused vodka is a more labor-intensive process, taking a long time, but the infused flavors make the final product rich in flavor and extremely delicious.

A fruit blend for example, is infused with the alcohol for up to three weeks, and then filtered extensively to produce a clear flavored liquor. The longer the ageing process after the fruit has been fermented, the better the flavor, similar to the way aging works in the wine industry. 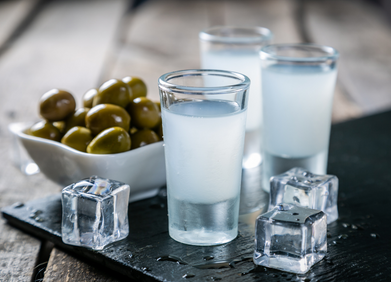 Flavored vodkas have increased in popularity over recent years as they are easy to drink and don’t require much effort to mix well considering the simple and easily palatable flavors. There is a wide range of options when it comes to this kind of vodka, with flavors that are highly varied, meaning you can mix it up and you’ll be sure to find a flavor you like.

You may not know that flavored vodka might sound similar to infused vodka, though they are very different. Flavored vodka is made similar to plain vodka, with added sugar which increases to around 40% during the fermentation process.

This makes the drink much sweeter than its plain competitors, making it more appealing to many drinkers as well as more flexible when it comes to flavors, with brands like Pinnacle vodka putting out things like a whipped cream vodka flavor.

Grain vodka starts from 96% concentrated alcohol of pure rye, which is mixed with water making the taste therefore quite potent. Usually, grain vodkas are sold in countries with long winter seasons and are well circulated in the home states of vodka, Russia, and Poland. Grain vodka is also very versatile when it comes to flavoring as it allows for rich alcohol content while introducing flavor. Grain based French vodka for example, is sometimes sold containing lemon or lime skins to give the vodka a simple, yet appetizing flavor, while maintaining its strength.

The Strongest Vodkas Money Can Buy 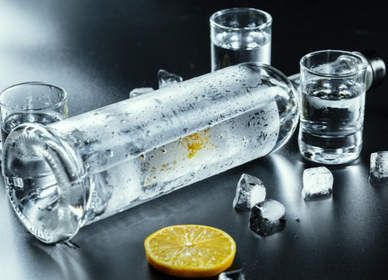 While not technically a vodka, this is one of the most well-known over proof alcohols on the market and much more consumer accessible than any of the other vodkas on the list. Everclear is a 95% ABV neutral grain spirit not categorized as a specific type of alcohol, however, due to a similar production process to vodka, the liquor has a similar taste and smell, and may as well be considered as a vodka, one of the strongest vodkas.

Due to its frantically high alcohol content, Everclear, one of the strongest vodka’s, has built an infamous reputation and has become iconic in pop culture.

Of course, Everclear, like most high ABV spirits, is generally not drunk on its own but rather used in producing homemade liqueurs, so don’t go and try to take a shot of this liquor if you value your health.

If you’re more interested in actual vodka, then Devil Springs would be a great place to start. Although it’s not the strongest vodka, it’s only slightly lower in alcohol by volume than Everclear, this American vodka brand boasts a “mere” 80% ABV. Just as people are discouraged from drinking Everclear straight, they are also discouraged from drinking Devil Springs Vodka on its own. Devil Springs Vodka is mostly enjoyed as a cocktail when mixed with fruit juice and can even be used to create other liquors for those keen alcohol hobbyists.

With one of the highest ABV of all liquors made in America, Diesel 190 is a very strong vodka, made and distilled from 100% grain. Diesel 190 gives off a similar appearance to your average vodka with its colorless appearance and almost non-existent taste. However, it can be rather lethal with an ABV ranging between 75.5% to 95% depending on the batch, definitely putting it in the one of the top strongest vodkas on the market.

As such, this liquor’s high ABV percentage puts it in the category of avoiding drinking on its own, rather than as a diluted refreshment. As with the previous two drinks, it is best to only use this liquor in cocktails or with some form of mixer to dilute it, as otherwise you will doubtlessly be endangering your health. 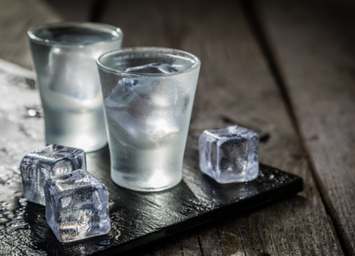 One of the most popular and well-known vodka brands worldwide, Absolut is a powerhouse in the alcohol industry, and the Absolut 100 is their very own powerhouse of a liquor.

A higher-proof version of the classic Absolut premium vodka commonly used in bars and restaurants; this drink comes in a black bottle with silver lettering to help differentiate the classic vodka from this higher-proof one.

Absolut 100 is produced in Åhus, Sweden, and is made from locally grown winter wheat. As the name suggests, it’s 100 proof and 50% ABV, which means while it is commonly used in mixed drinks like the previous vodkas on the list, you could theoretically take this drink neat in small quantities.

The first infused vodka on this list, Pincer Shanghai Strength vodka is made in Scotland, infused with milk thistle and wild elderflowers, and made with Scottish grain. This process results in a drink that tastes like flowers, wild berries, and blueberries and still manages to boast an insane ABV of 88.88%.

With such a strong ABV percentage, this isn’t alcohol, it isn’t designed to be drunk lightly. One of the strongest vodkas, it’s too strong to be taken as a shot on its own, this drink can be used as a very versatile flavor agent in cocktails, but even then, you should only drink it in moderation. Too much, especially over a long period of time, can cause damage to the liver and other organs. 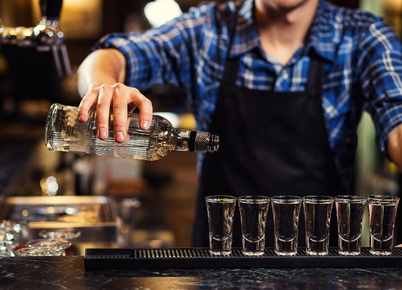 Balkan premium 176 Vodka is produced in Poland by the fifth generation of the Sklar family according to the original Balkan recipe that has been in the family since 1845. The base products used in the distillation process include 5 of the finest cereal grains and is only distilled in small batches.

The base product is triple distilled to 94% ABV before being diluted with de-ionized water to a reasonably palatable 88% ABV.

However, just like the other vodkas on this list, this should not be taken straight, being one of the strongest vodkas, this is reinforced by the 13 different health warnings on the bottle.

Akin to the earlier contender, the Absolut 100, Stolichnaya 100 is an over-proofed vodka produced by the famous Russian brand, known for its blue label. Made of wheat and rye and drunk neat in every corner of Russia and Poland, Stolichnaya is a household name for many who enjoy their liquor, flavorless, odorless, and smooth, however their 100 product is a little different.

To start with, while it’s distilled in Russia, it’s bottled and brought to proof in Latvia, a fact which is heavily overshadowed by its impressive ABV of 50%, which is 100 proof, hence the name. As with Absolut 100, while it is commonly used in mixed drinks like the previous vodkas on the list, you could theoretically take this drink neat in small quantities. 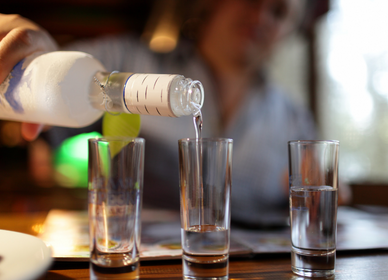 The one and only, infamous across all the world, Polmos Spirytus Rektyfikowany 192 Proof is made of premium ethyl alcohol with an agricultural cereal origin. A rectified spirit, this drink generally rectified has a maximum limit of 97.2% ABV or a maximum level of 95.6% ABV when distilled using conventional processes.

Beating out even the clinical levels of alcohol seen in Everclear, this extraordinarily strong spirit needs to be treated with respect, as it is extremely questionable whether the human body is meant to digest such strong substances.

If that does not suggest one of the strongest Vodkas, I do not know what does! Being effectively pure ethyl-alcohol, it is more commonly used in cooking, in the preparation of fruit and herb tinctures, for medicinal purposes or by home perfume makers.

Of course, it can be drunk but under no circumstances should it ever be consumed neat. If you find yourself in possession of a bottle, make sure to safely measure out an appropriate mixer and only drink this mix if entirely aware of the short- and long-term risks of such extreme alcohol exposure.