Bacardi 151 is one of the most highly referenced overproof rums in pop culture, with songs written about it and tales of adventurous people sucking it down to prove their worth, spreading far and wide. Chiefly, Bacardi 151 was a popular choice in flaming cocktails, as the extremely high proof allowed it to sustain a flame more consistently than other spirits. However, due to a variety of reasons, many of which are still unconfirmed by the company, Bacardi 151 was discontinued in 2016. This makes consumers start to ask questions like, why was Bacardi 151 and what are the alternatives to Bacardi 151?

Why was Bacardi 151 discontinued? 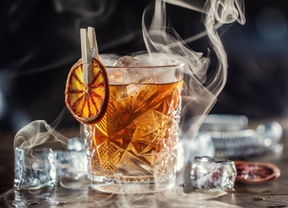 Bacardi never made an official statement on why they stopped producing their 151 Rum, however it’s not too difficult to guess why. Throughout the product’s life span, the company faced multiple lawsuits where consumers claimed they got seriously wounded by flames that arose from the 151 Rum.

Initially the company tried to remedy this by warning consumers about the dangers of using their product for the risky fire garnish on their bottles, with every bottle sporting a label saying: do not use this product for flaming dishes or other drinks.

Eventually however, as consumer safety restrictions tightened and an increasing number of injuries began to cause legal trouble for the company, Bacardi came to the long-awaited conclusion that they had had enough.

With the risk of damaging their reputation too great, Bacardi decided to pull 151 from their line-up and retire the product line for good, leaving consumers wondering what are the alternatives to Bacardi 151.

In the beginning, 151 Rum was a synonym for the high-proof version of Bacardi rum which they sold in the States and Canada between 1963 and 2016. Today, the term 151 Rum usually refers to a category of Rum overproof rum, often Puerto Rican Rum. Because Bacardi 151 was a staple in Tiki bars and became the go-to product for fire garnishes, other brands also created Rums of 151 proof to follow the trend and take away Bacardi’s iron grasp on flaming rum cocktails. 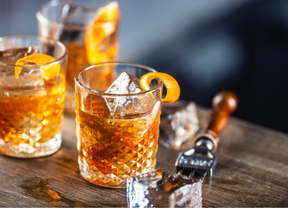 Despite being sold with various flavor profiles and other attractive elements, the reality of most high proof alcohol, Bacardi 151 included, is that they taste most prominently of alcohol. Bacardi 151 in particular has been described as rum flavored vodka and it’s not hard to see why.

The drink is characterized by an extreme burn in the mouth that hits immediately and can be likened to the smell of acetone or similar harsh chemicals. For some with more experienced palates, once the initial burn has passed, it could be claimed that you can taste subtle notes of oak, vanilla, and fruits.

However, most of the flavors are covered behind a burning wall of alcohol and will be untraceable for the majority of drinkers.

What Are Good Alternatives to Bacardi 151?

If the extreme alcohol proof level, less than desirable taste profile, and apparent ease of flammability haven’t scared you off yet and you are still interested in trying the infamous Bacardi 151, then there a number of alternatives on the market that match and, in some cases, even exceed their Bacardi predecessor.

Made in Bermuda and considered the island’s most coveted export, Gosling’s Black Seal over proof rum lives as not only an alternatives to Bacardi 151 but a definite successor. Interestingly, Gosling’s Black Seal Dark 151 Run is gluten-free and vegan-friendly, catering to many dieters. Tasting mainly of alcohol but also featuring hints of sweetness similar to root beer, this rum works great as a typical rum for mixing, giving it versatility to be used in the best rum cocktails.

“With the risk of damaging their reputation too great, Bacardi decided to pull 151 from their line-up.” 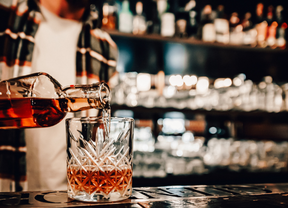 Pusser’s British Navy Overproof Rum is look at as one of the alternatives to Bacardi 151 as it consists of single rums produced from Caribbean islands like Barbados, Guyana, and Trinidad, all of which are then stored and bottled in Guyana.

Infamous for its almost black coloring, this extremely dark rum has a 75% ABV made of all-natural ingredients, without any artificial flavorings or colors.

However, Pusser’s Rum isn’t for beginners as it isn’t a simple liqueur. Connoisseurs and rum enthusiasts will enjoy this rum for the strong and voluminous body it offers, featuring a hint of tropical fruit flavors and a long and spicy finish.

Lemon Hart 151 is an excellent, flavorful dark rum and what is considered the new legend of overproof rums and one of the alternatives to Bacardi 151. This is due to the liqueur’s complex flavors, with many rum enthusiasts worldwide considering it the new “Gold Standard” of overproof rum. Advertised as displaying “exceptional complexity over gentle oak with enticing hints of raw brown sugar, dried fruits, burned caramel, exotic spices, vanilla and baked apples,” it’s easy to see why it has become so coveted amongst rum drinkers.

“There are a number of alternatives on the market that match and, in some cases, even exceed their Bacardi predecessor.”

What some might describe as being punched in the throat by liquor, others describe as an extremely rich white rum featured in numerous Tiki cocktails. Wray & Nephew is a bold Jamaican rum with a unique character, that isn’t as sweet or flavored as other rums, so it’s made best as a mixer. If you’re looking for a simple and strong rum, then this is a great option to land on. 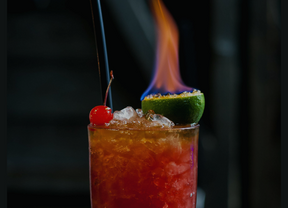 This is another overproof rum made from different blends hailing from Barbados, Jamaica, and Guyana. The OFTD stands for Old Fashioned Traditional Dark, best suited for cocktails.

It tastes different from the slightly flavorless Bacardi 151, but it works if you want deeper flavor with dark coffee and fruits hints!

Don Q 151 is another overproof rum and an excellent alternatives to Bacardi 151. This liqueur comes from New Zealand, made from light and dark rums, and aged for at least three years. Its vanilla and oak characteristics, alongside smoke and tobacco notes, make it well-rounded enough for tropical or Tiki-themed cocktails. Like the Bacardi 151, the company discontinued it at one point, however, it was relaunched during Don Q’s 150th anniversary of the Serralles Distillery! 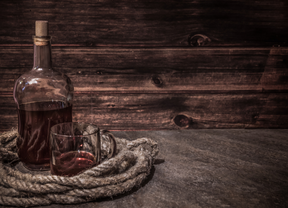 Old J Tiki Fire has a 75.5% ABV and a caramel finish under all the acetones. Despite being very strong, this liqueur goes down smooth and tastes passable, acting like a lower-strength rum.

Recognized with a Gold Award at the 2017 Rum Masters, it may taste like the original and smell like the original as it is based on the company’s base recipe, but Tiki Fire is a different beast. You’ll know it when you feel it and can be a great alternatives to Bacardi 151.

If you or anyone you know is struggling with Alcoholism, contact or treatment specialists today on our 24/7 free call number 877 322 2694